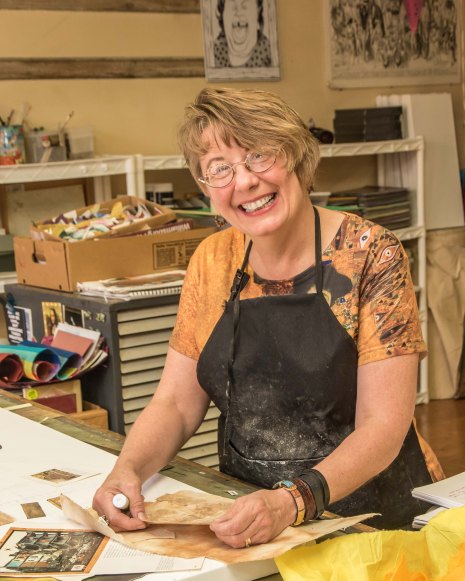 I first saw the art of Marsha Pippenger when I was doing a photo shoot in the office of Dayton’s Mayor, Nan Whaley.  The Mayor posed next to one of Marsha’s works and told me that she and her staff loved it. 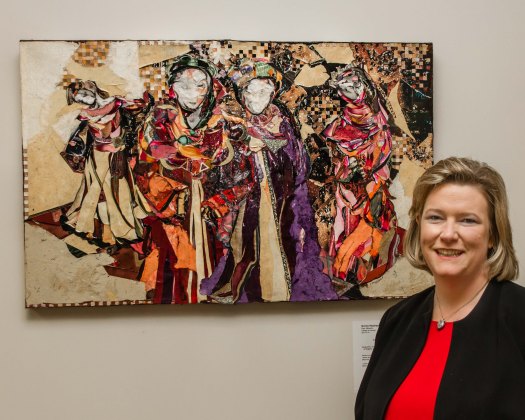 Marsha’s studio is in the Requarth building.  Requarth Lumber is one of Dayton’s most historic businesses.  They opened in 1860.  Later they sold spruce to Orville and Wilbur Wright to use on their early airplanes.  Marsha’s husband is the great-great grandson of the founder, F. A. Requarth. 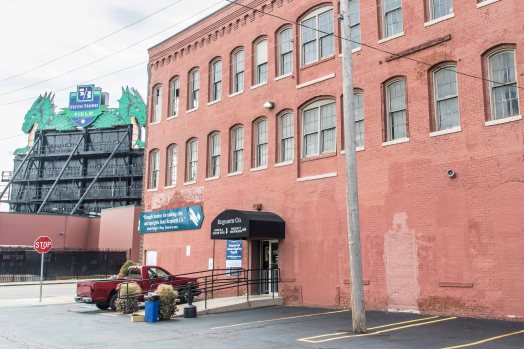 When I arrived in Marsha’s studio she was looking through papers trying to select things that she could use on three collage paintings she was doing for Culture Works.  The paintings were to be gifts from Culture Works to their top three corporate supporters.

While Marsha worked I looked around her studio.  The window behind the desk below overlooks a courtyard in the center of the Requarth building.  To the left of the desk you can see a rack of the collage cards Marsha sells. 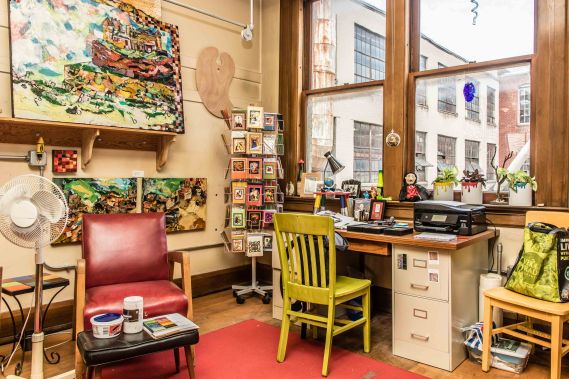 I was fascinated with the patina and the shape of the dust collector outside Marsha’s window.  As Requarth cuts lumber, fans draw the dust into this collector.  The sawdust falls down into a building and is periodically taken away by people who use it for bedding in horse barns. 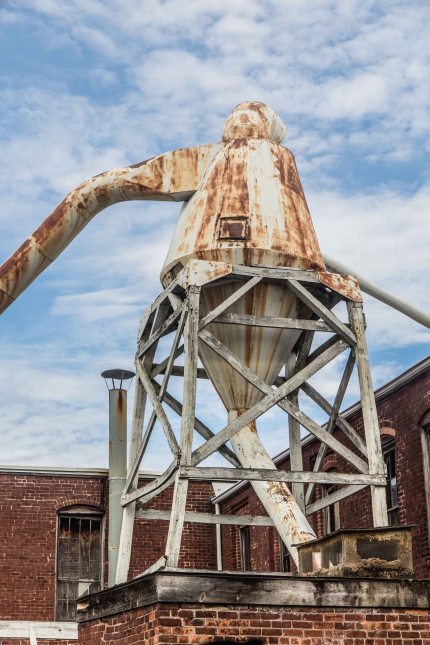 Before interrupting Marsha’s paper search, I took the time to photograph some of her art. 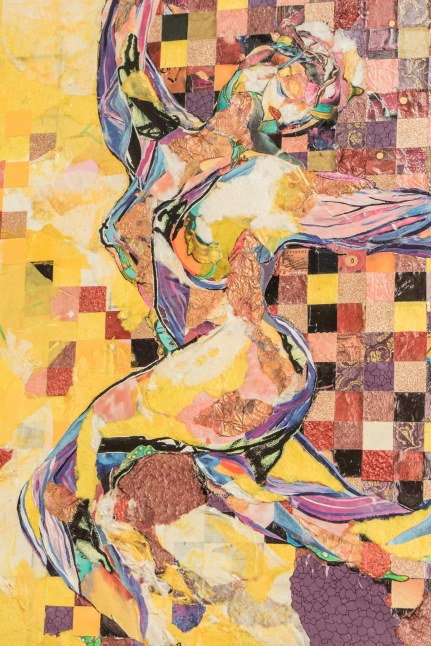 I asked Marsha what her typical week was like.

“I don’t work in the studio full time because I have other obligations.  Each week I teach at Wright State University two mornings and at Kettering College of Medical Arts two evenings.  I also work downstairs in the Requarth showroom  four hours a week to pay for my studio space.”

” I have been in this space now for about a year.  It’s a larger space than I had in my home studio, which makes it possible for me to work on several projects simultaneously.  Also, these are fewer distractions.  When I walk into this space and put on my apron I am focused on work.”

Marsha took a break from her paper search to tell me more about the three pieces she was working on.

“This was my first step,” Marsha told me.  “I just sketched this rough scene in pencil, with one of the panels earmarked for Dayton Power and Light, one for CareSource and one for LexixNexis.”

“Next I start to draw on the canvas.  These drawings will be covered up as I glue paper to the canvas.  For these three works I am trying to incorporate the colors of each company’s corporate logo into my collage paintings.”

“I use some papers from books and magazines, but most often I use handmade papers from all over the world.  About two years ago a medieval scholar from Chicago saw my work on the internet.  She used some of my work in a book, which led to an invitation for me to speak at a symposium in Belgium.  On the way to Belgium I found this lovely paper in Holland.” 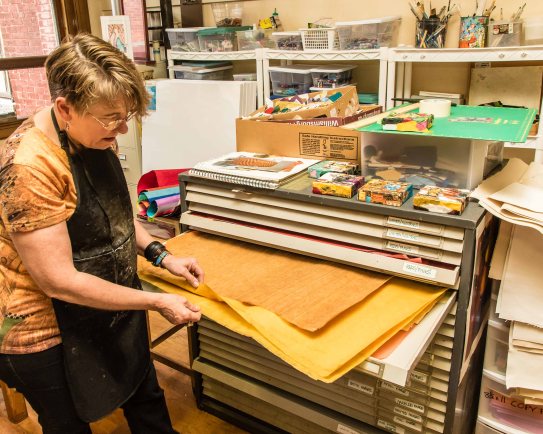 Seeing the papers made me curious about what might be found in Marsha’s other cabinets.  She opened these drawers and showed me the colored pencils held in this cabinet that once belonged to her father-in-law.

I asked Marsha if she played music while she worked.  She said she preferred listening to books on tape, but if the story is too complicated she sometimes needs to turn it off.

Then I asked about these three panels attached to shelving.

Marsha explained that these were three of the six panels she is making for the Northwest Branch Library.   She is also making 12-16 small canvases that will be placed in the Kettering-Moraine branch library.

The long strips of paper on canvas shown below caught my eye.  Marsha explained that she has been using these canvas strips which were left over from other projects to create large tapestries.  She said she weaves the strips together and then attaches them to a copper rod and hangs them on the wall. 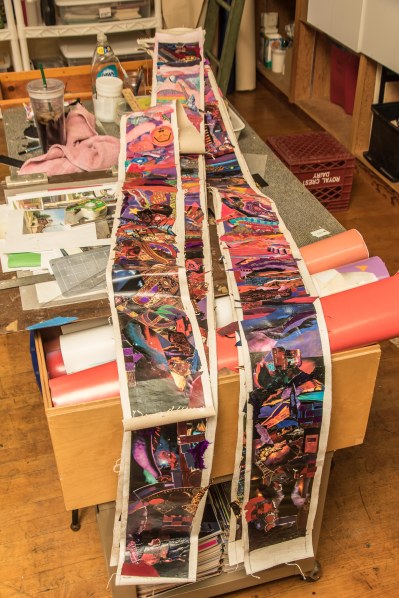 Before leaving Marsha’s studio, I asked her to pose before one of her art works.