When I told a friend I was visiting the studio of artist Gabriela Pickett, she told me I was in for a treat.  “When I first saw it,” she said, “I wanted to bring a sleeping bag and just live there.”

The studio is striking and spacious.  It occupies the second floor of a carriage house that Gabriela has restored.

Gabriela is a native of Mexico City.  She comes from a long line of artists, but only started taking her own art seriously several years ago.

She studied Studio Art at Wright State University and received a Masters Degree.  Since 2009 her paintings have been shown in more than 50 exhibitions all over the world – from Belgium and Estonia to San Francisco and Brazil. 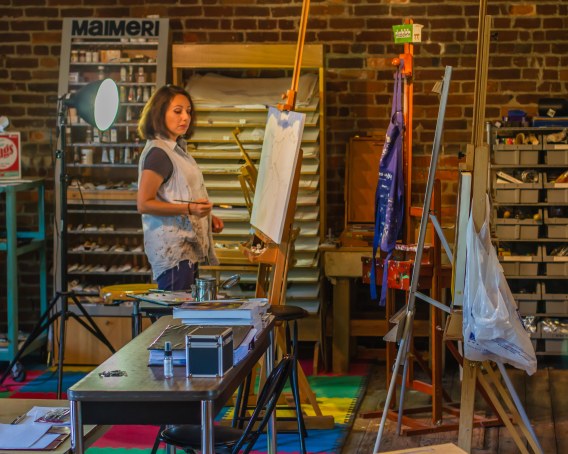 “Many of my paintings are memories of my childhood,” Gabriela says.  “I want to show the world the beauty of the Mexican countryside before urbanization changes it forever.

“As an activist, I try to use my art as a social commentary about the desires of indigenous peoples for peace and human rights.”

To see more of Gabriela’s work, I went to her beautiful home next door to her studio.  “My desire to fill this house with paintings that I loved was the impetus to improve my skills as an artist.” 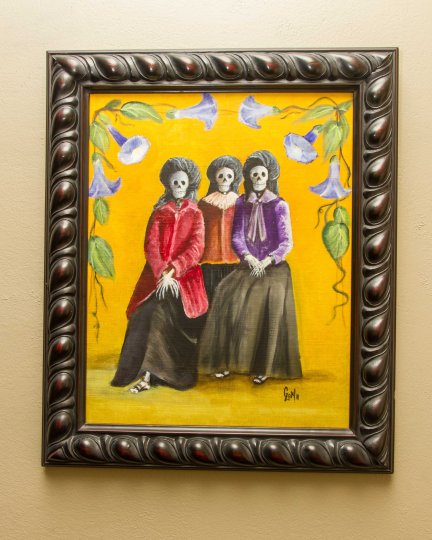 Returning to the building that houses Gabriela’s studio, I thought about all of the good things that have happened in this building since Gabriela Pickett renovated it.

The studio is on the top floor.   Downstairs is Missing Peace Art Space, which has had a number of art exhibitions. An attached space has been used in various ways to support several of Dayton’s immigrant communities. The building is also houses Peace on Fifth, the “compassionate commerce” store working to end human trafficking.

Once a year, this building is also the final stop of the Dia de los Muertos Parade, which will be held this year on Sunday, November 1.

The parade starts downtown and goes through Dayton’s Oregon District.  The first photo below shows Gabriela and her husband. 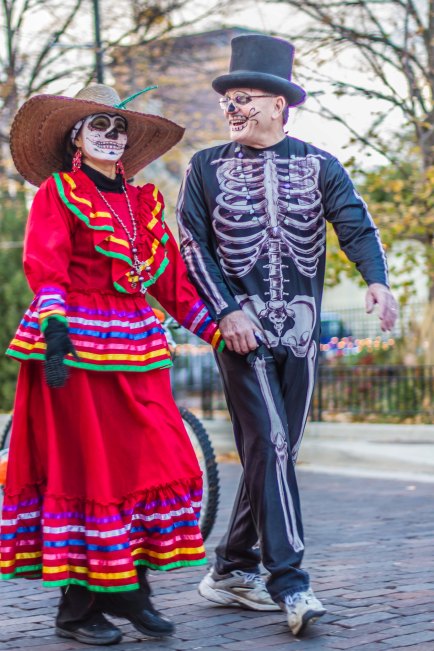 At last year’s parade, this cast glass and resin image of the Virgin of Guadalupe by Leesa Haapapuro greeted marchers as they arrived at Gabriela’s studio.  The altar was designed by Amy Deal and MB Hopkins.

Inside, people had constructed ofrendas – collections of objects created to celebrate the life of a person who has died. 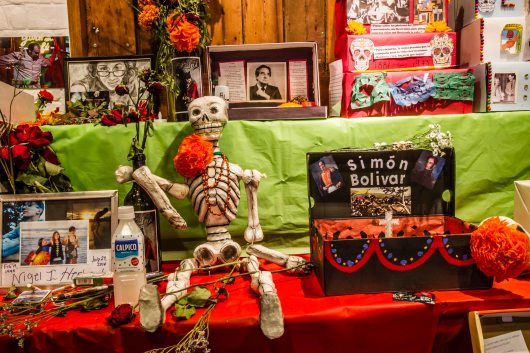 Gabriela has an amazingly busy schedule.  She is a Board member of Dayton’s Human Relations Council, she is home schooling 3 of her 6 children, and she is working on a Doctorate in International Education.  If she were to say that she had no time to make art, no one could argue.  But making art in her studio is her favorite way of relaxing. 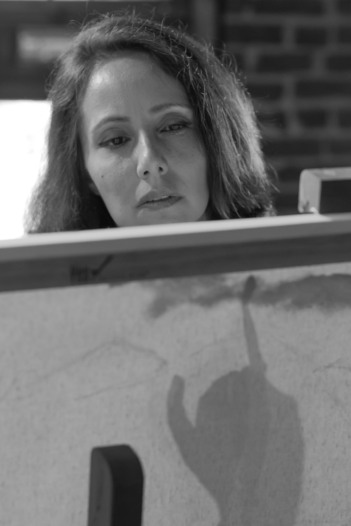 One thought on “Gabriela Pickett – Artist and Activist”